Wagner was a dick, but is that okay?

Posted on February 8, 2013 by Why must you use all the notes 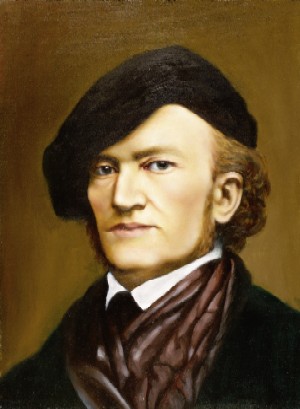 I wouldn’t think twice about putting Wagner near the top of my list of most important composers ever list. I also wouldn’t think twice about putting him atop my list of biggest douche-bags in history. He borrowed money which he never paid off, he had an affair with the wife of a guy who was paying him quite a bit of money, married the daughter of his best friend (Liszt), ate up most of the Bavarian economy, then built a temple to himself, and that’s only the things I can think off the top of my head. While I’m not sure he ever wrote down that he thought himself a god (a la Scirabin who wrote bluntly “I am God”) he acted as if he was. He had a divine message, and it was his duty to spread his gospel to the masses (gospel, masses, he he) and all those who didn’t agree were heathens (a la Brahms). Oh, I also didn’t mention he hated the Jews, like a lot. I never understood why everyone picks on the Jews, they’ve suffered enough, but this isn’t a religious blog. Wagner wrote more prose than probably any other musician ever, and most of it was about his whole idea of art-drama ect, praising and expounding his theories, and how much he hated the Jews (no wonder Hitler liked him).

In spite of his monumental douche-baggery, he is one of the most important composers in history. I’d only put him behind Bach, and Beethoven. Every composer after him, for the next 50 years or so, was either following in his steps (Bruckner, Mahler) or trying to avoid his influence (Debussy, Les Six). Stravinsky was the first composer to really break free of Wagner. At the end of the day, Wagner just wrote some great music. His opera’s are performed more than almost anybody else’s. There is probably no opera house in the world that doesn’t have a Wagner opera in their rep. Most orchestras have played excerpts from his operas. He’s a big deal.

Now there is the question: Does his musical genius cancel out his (I love this word) douche-baggery? Answer (In my opinion): No. They exist on two different levels. I believe that music is sort of like life as viewed through a prism, connected, but not directly. Music does not directly reflect the composer. Shostakovich was awkward and nervous, but he wrote bold dramatic symphonies. Bruckner was socially naive, but he created these gorgeous confident masterpieces. Thus is Wagner. We can listen to his music and ignore all the things he did in his life. That’s why I have a problem when people in Israel get peeved when someone tries to play Wagner there. Just listen to the wonderful music, don’t worry about the person who wrote it.

My Latin teacher (yes, Latin is still taught. ROME WILL NEVER FALL!!) said that he can’t listen to Frank Sinatra because he was something of a “bad guy.” Apparently Ol’ Blue Eyes paid a waiter $50 or something, to go punch a guy in the face because he didn’t like him.  Would I deprive myself of “Come Fly With Me” because of that? No. Same should go for Wagner. Hate the person, not the music.

So much to do, so little reason to do so much of it...
View all posts by Why must you use all the notes →
This entry was posted in Uncategorized and tagged Wagner. Bookmark the permalink.